My third iteration is a refinement of the second. I added a compensation network between the first and the second stage to increase the phase margin at low frequencies. Everything else remains the same as the previous version. This is the version that has been built by many others.

I have a complete build instruction for this version, currently in swedish only. 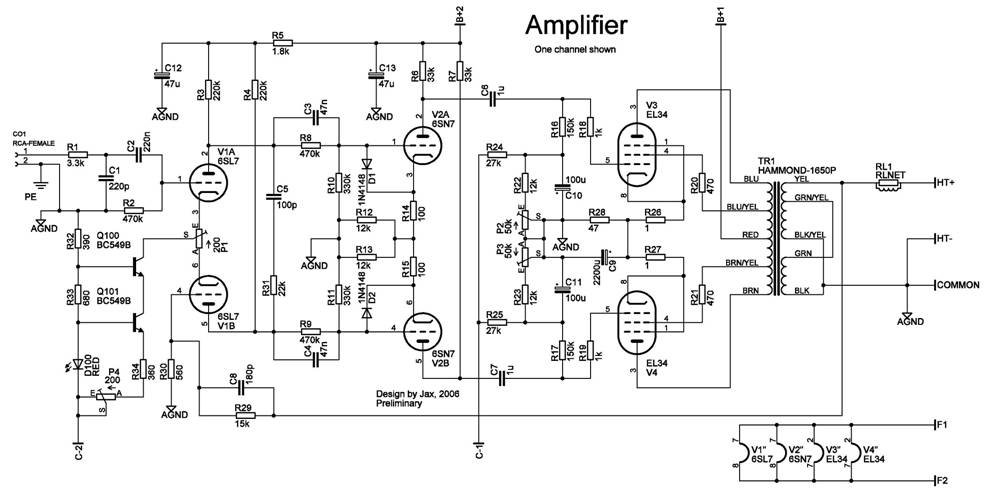 Not too complicated to build. Easy to adjust despite as many as 4 trimmers. At least it's easy if you have 2 multimeters.

The two diodes in the second stage protects the tube during warmup. After warmup when the operation points are stable the diodes are reverse biased and thus out of circuit.

The power supply is built around an available transformer, or at least it was back then. The transformer can be wired for a number of different line voltages. The chokes can be picked from a junk box since their values aren't important.