My line preamplifier is untouched since I built it in the year 1993. There are no tone controls and it has no feedback. I have it in the same box as the RIAA preamplifier. I used an ECC82 in the beginning but later changed it for an E80CC for better sound in my opinion. The 6201 tube is the same as ECC81/12AT7A. Just a simple switch to select RIAA or line input. One would expect that the two triodes in a special quality tube like E80CC are reasonably matched but out of the handful in my storage only one was well matched.

It's easy to build. Use regulated plate voltage supply and feed the heaters with DC for minimum hum. If you don't want the RIAA part the first cathode follower can be omitted and the line input connected directly to the volume control. 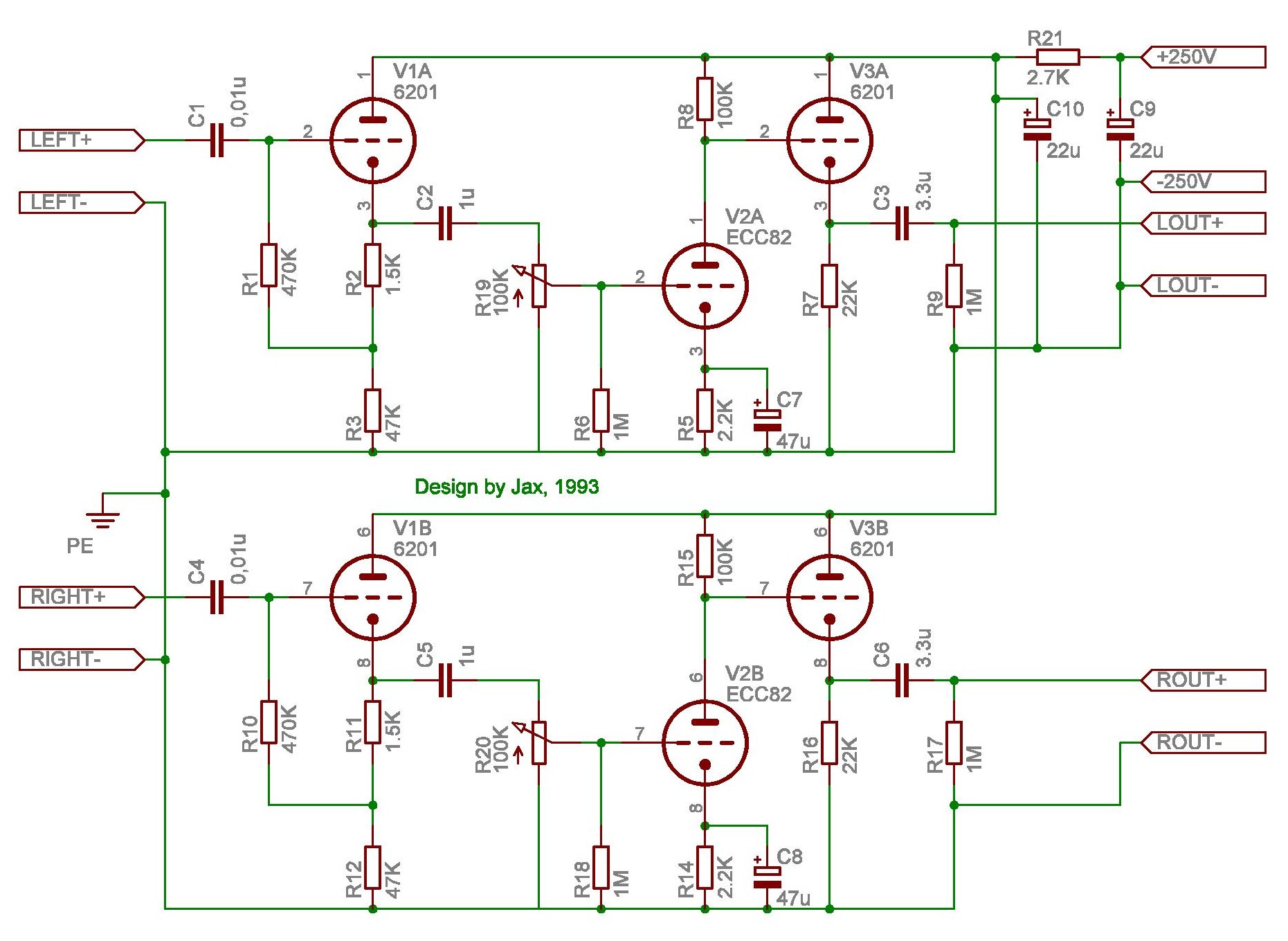 Always turn on the preamplifier and let it warm up before turning on the equipment connected to its output. There will be a voltage spike on the output just when the tubes start to draw current. Do it the other way around when turning off, start with the connected equipment and then turn off the preamplifier.